The largest abattoir in Bavaria

In the centre of the Lower Bavarian pig farming area, the site in Vilshofen has become the largest abattoir in Bavaria over the past few years. Several investments and modernisations have enabled high achievements in animal welfare and meat quality.

Through both partners – Vion as an internationally active company and the Er­zeu­ger­ge­mein­schaft Süd­ost­bay­ern (Producers’ Association of South-Eastern Bavaria) as the regionally active agricultural association – slaughtering and cutting capacity has steadily grown to that of around 20,000 pigs per week.

On this site, you can find detailed information, test reports and certificates.
Note: all documents enclosed at this page are in German.

Origin of the pigs 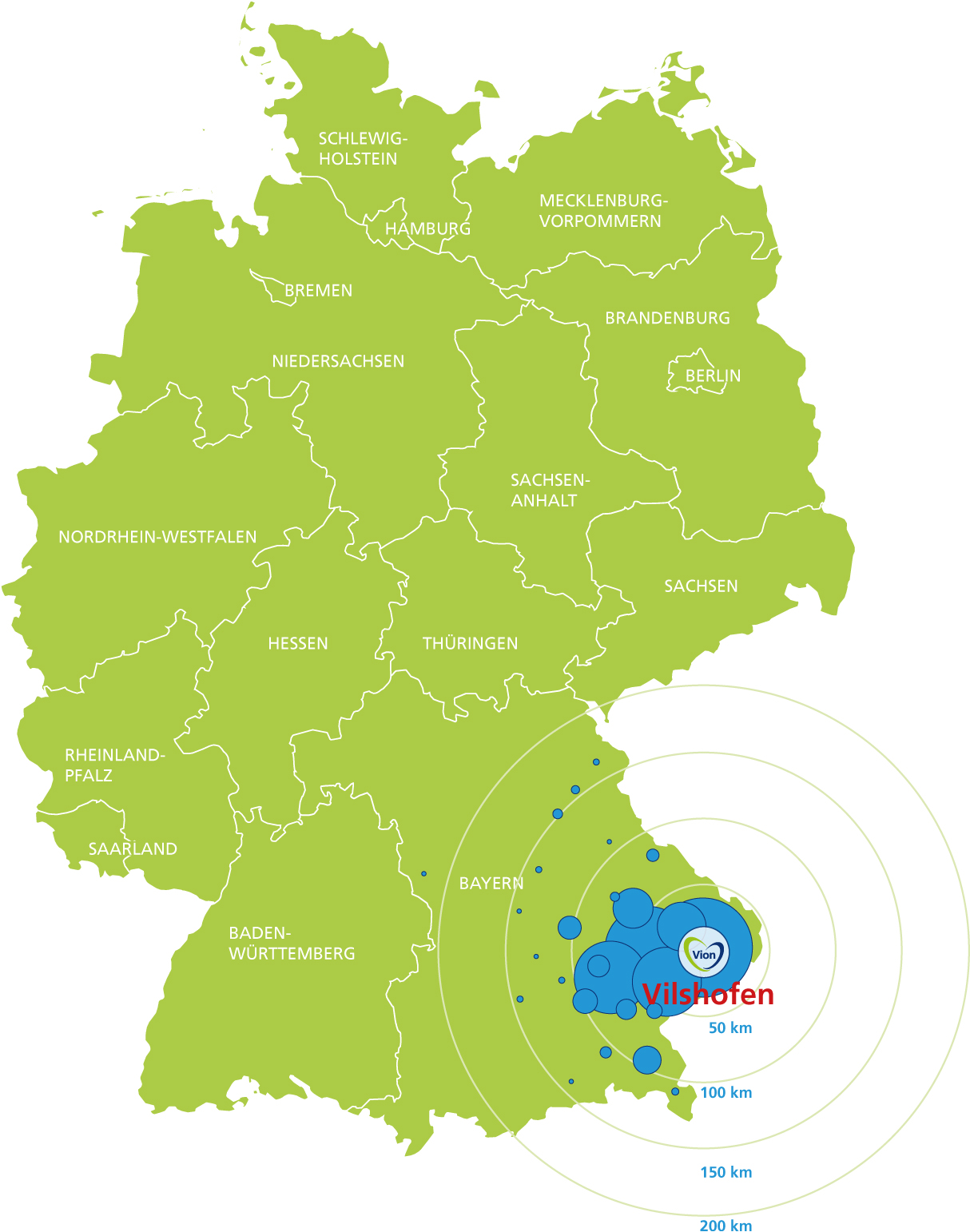