Investing in the future

Located in the middle of a large pig farming area in Bavaria, the Landshut site has been extensively extended and modernised. Together with the minority partner, the Erzeugergemeinschaft Südostbayern (Producers’ Association of South-Eastern Bavaria), investments were made for the construction of a new stunning facility in accordance with the highest animal welfare standards, the expansion of the slaughter line, and for cold storage rooms for pig halves. The slaughter capacity can thus be raised to up to 21,000 animals per week.

Additionally, a new pork cutting plant with a central crate warehouse has been built.  Several brand meat lines have been offered. The  customer portfolio includes butchers,  food retailers and meat processors, as well as export customers for pig halves and parts, in particular from South-Eastern Europe.

On this site, you can find detailed information, test reports and certificates.
Note: all documents enclosed at this page are in German.
EU approval number: DE BY 21492 EG

Origin of the pigs 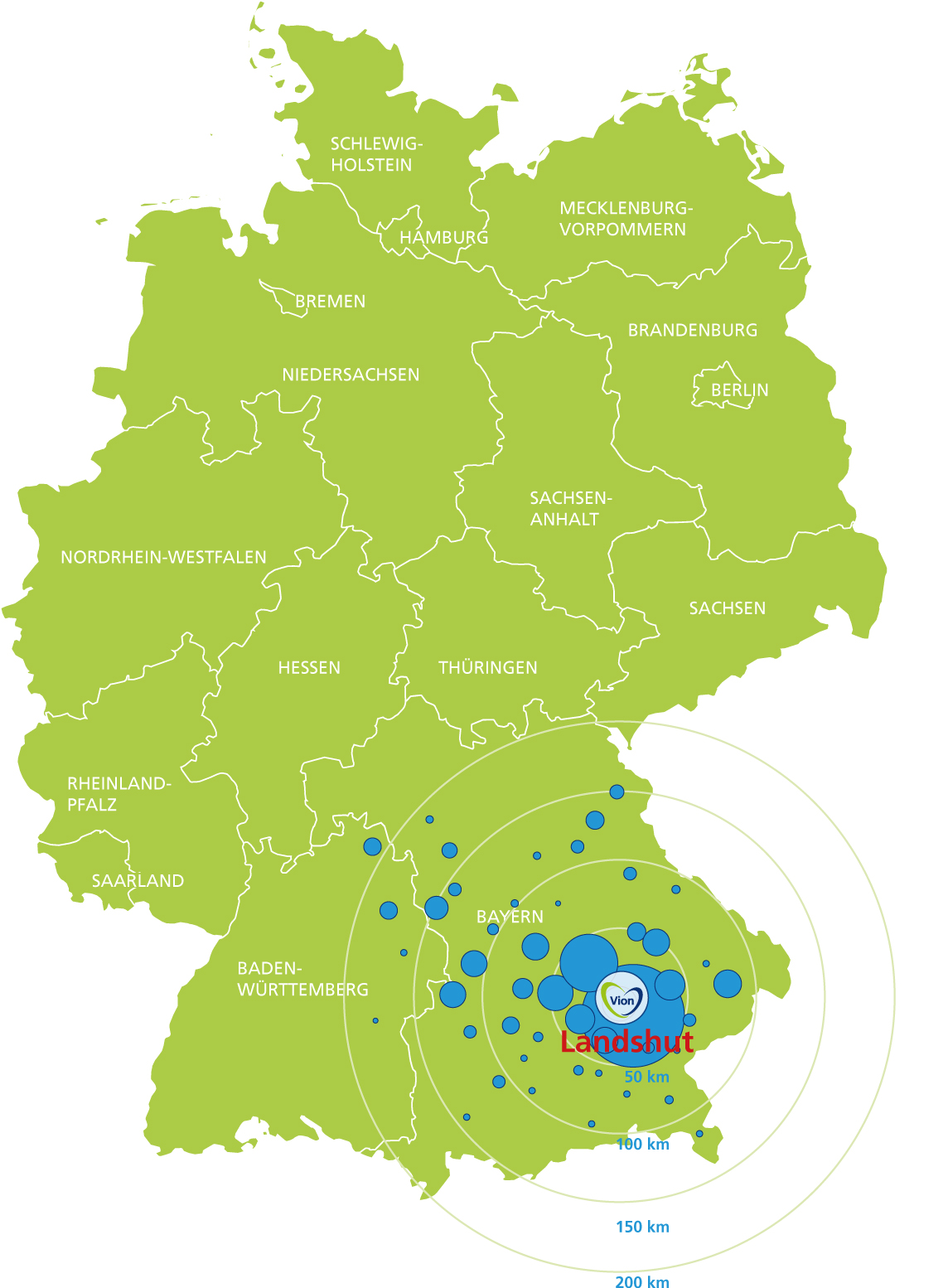